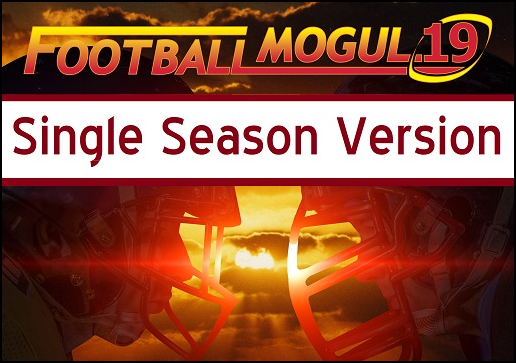 This is the FREE version of Football Mogul.

It is the full game, but the General Manager mode is limited to one full season.

If you wish to build a dynasty over MULTIPLE seasons, you will need to purchase Football Mogul 19.

This game (and Football Mogul 19) include the following: